“The International Order Under Fire: Old Problems and New Threats”

Jennifer Smyser is  Vice President and Director of Policy Programming for the Stanley Foundation. She leads the Foundation’s team of policy professionals in advancing multilateral action to create fair, just, and lasting solutions to critical issues of peace and security. Foundation programming is currently focused on nuclear security, genocide prevention, and climate

change. Smyser oversees implementation of the foundation’s programming efforts, which include identifying policy gaps and commissioning relevant analysis, developing and participating in coalitions and working groups, organizing roundtable and other policy dialogues, engaging the media and broader public, and establishing networks.

Before assuming her current position becoming Jen was Director of Policy Programming  for more than six years, overseeing the Foundation’s nuclear security policy programming as well as citizen leader outreach. She played a key role in the
creation of the Fissile Materials Working Group and the Nuclear Security Governance Experts Group, and fostered the foundation’s involvement in the Nuclear Security Summit process. Smyser also led an effort to improve and refine the
Foundation’s engagement with citizen organizations focused on international affairs and US foreign policy. Smyser spent a decade working in US-based nongovernmental organizations focused on US global engagement and citizen diplomacy. She holds a B.A. in Political Science and International Studies from Iowa State University and a  Master’s in Public Administration from Drake University. 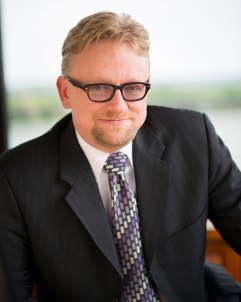 Keith Porter is President and CEO  of the Stanley Foundation. Previously, he was the Director of Policy and Outreach for the Foundation. In that post, he played a leadership role in the Foundation’s transition toward a dynamic advocacy organization focused on specific multilateral policy-change goals. This included developing and implementing a new strategic plan, creating work plans , evaluating progress, and maximizing the foundation’s impact through increased networking and collaboration with a wide range of institutions and individuals.

Porter was Co-Producer and Co-Host of the Foundation’s nationally syndicated public radio program on world affairs, Common Ground, from 1988 to 2004. He also served as Co-Producer and reporter for a number of radio documentaries on international issues. Keith has been recognized him for excellence in broadcast journalism, including the National Press Club, the Society of Professional Journalists, the National Headliner Awards, the New York Festivals, and the United Nations Correspondents Association. He was a finalist for the Livingston Award for Young Journalists. Porter holds a graduate degree from Illinois State University.

The post– World War II international order has fostered ongoing cooperation and progress toward shared peace, prosperity and dignity for more than 70 years. Fault lines and fractures in the order are not new– for years rising powers have been
looking for an equitable piece of the decision-making process,
non-state actors have been challenging the systems in unique ways, and many states have been assaulting the system’s founding pillars of international law. However, new threats to the system’s stability have cropped up in recent years. Keith Porter and Jen Smyser will share how the international system can be preserved and improved.