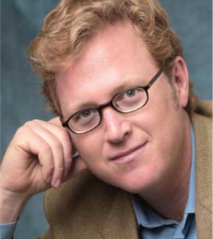 “Hollywood in China: How American Culture Shapes Chinese Views of the USA”

Peter Gries is a professor at the Institute for US-China Issues at the University of Oklahoma. He is the author of China’s New Nationalism: Pride, Politics, and Diplomacy, co-editor of Chinese Politics: State, Society and the Market and State and Society in 21st-Century China: Crisis, Contention, and Legitimation, and has written dozens of academic journal articles and book chapters. His work focuses on nationalism, the political psychology of international affairs, and China’s domestic politics and foreign policy.